Infrastructure opportunities in the Brazilian Power Transmission and Hydrogen sectors 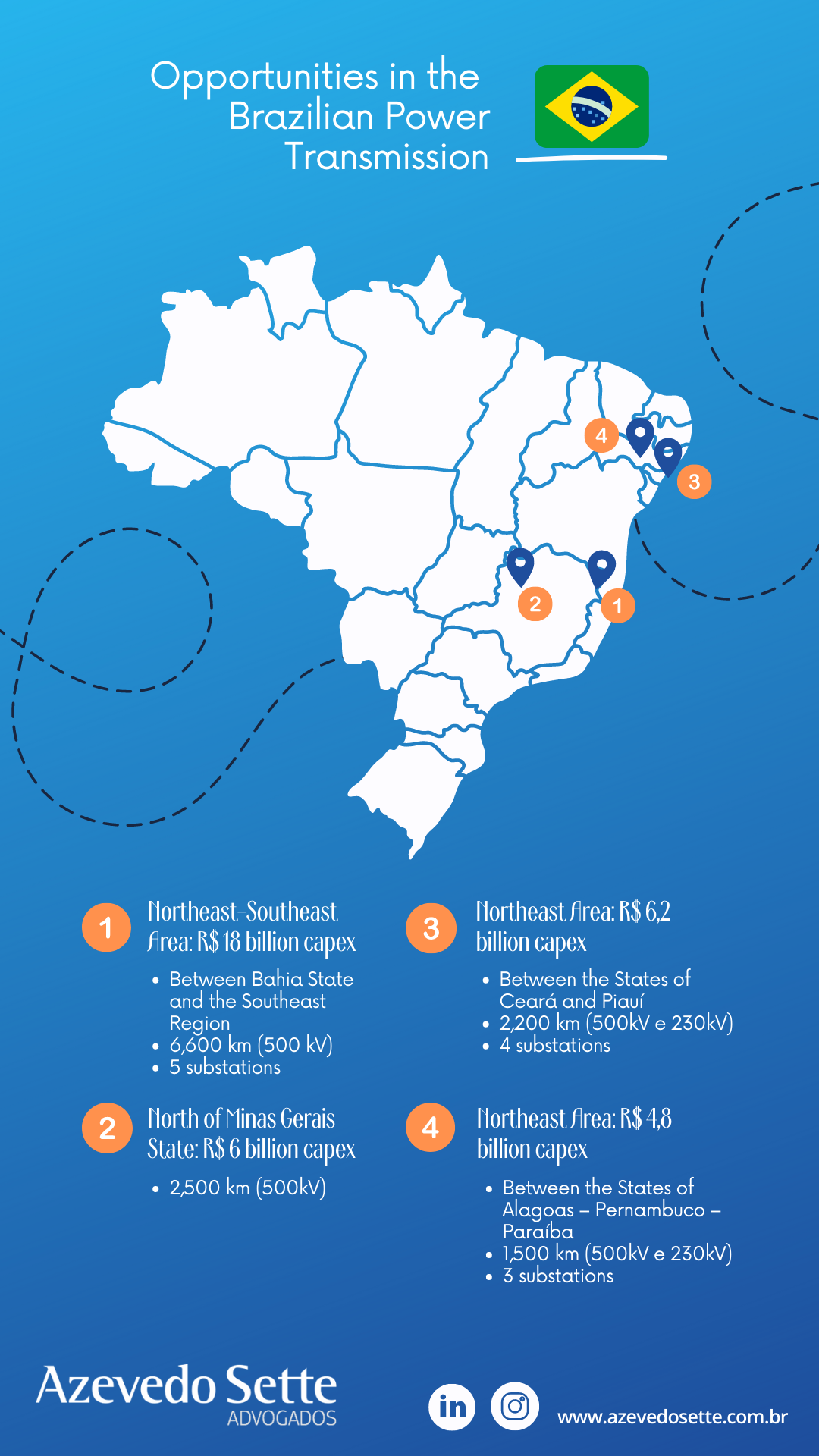 Infrastructure opportunities in the Brazilian Power Transmission and Hydrogen sectors

In the last week of March, the Congress received a proposal for a new law about the formal insertion of hydrogen as an energy source in the Brazilian matrix and setting forth guidelines for the green hydrogen. The bill received the number 725/22. Its main features are:

By 2032, the gas network capacity shall transport a minimum of 5% of hydrogen, and 60% of it shall be green hydrogen.

The bill puts the whole hydrogen chain under the review and regulation of the National Oil Agency (“Agência Nacional do Petróleo, Gás Natural e Biocombustíveis”), but without prejudice to other agencies’ jurisdictions (e.g. ANA for the use of water and ANEEL for power generation licenses).

There already are investors seeking environmental licenses for hydrogen projects, particularly in conjunction with offshore wind farms. Many of these projects are to be located in port areas in north-east Brazil.

Opportunities in the Brazilian Power Transmission Sector
In 2022, 2023 and 2024, the Brazilian Federal Government will grant transmission lines concessions twice a year. For 2023 alone, the estimated capex for the 2 auctions is R$ 50 billion. The lines shall be operational from 2028 through 2030.
These investments aim at increasing the reliability of the grid and provide additional transmission capacity between Brazil’s Northeast and Central/Southeast Regions. The former has been experiencing a steep increase in generation from natural gas and renewable sources, while the latter represents the largest consumer centers.
The most significant transmission lines concessions are:
South Area: R$ 18 billion capex
North of Minas Gerais State: R$ 6 billion capex
North Area: R$ 6,2 billion capex
East Area: R$ 4,8 billion capex
The tender documents for the first transmission lines concessions of 2022 are estimated to be published still in the first semester. It encompasses 13 lots and an estimated capex of R$ 9,5 billion.
Administrative Law, Infrastructure, Public-Private Partnerships (PPP) and Project Finance